I don’t know. Wrong answer, Tom.  But he has told me “We don’t call the cops around here.  If you have a problem you talk to me about it.”  It’s not that I am not willing to ever “rock the boat.” It’s just that it is going to have to take a bit more than some asshole reminding me I am fat.  Which is good for the microcosm of the international state of affairs of my apartment complex, but not exactly healthy psychologically.
Finally, a few weeks ago I had an encounter with Tony.  But for the first time since I moved in here it happened in my subconscious sleep.  In my dream, Sam and I were going to go out.  But I had to take Dante out first.  So, I was walking Dante in my dream when Tony approached me.  He grabbed my belly and asked me if I was gaining weight.  Dream Thomas does not have the same regard for boat physics that Reality Thomas carries.
Dream Thomas flew off the handle at him.
Cursing incoherently at him telling him if he were to ever say another word to Dream Thomas he would put him in the ground.  Dream Tony was not expecting this and recoiled.  Dream Thomas continued his rant insulting Dream Tony’s failing mental health and that a soon to be babbling man child was in no position to point out the vices of other people.  Dream Tony, you are a piece of shit.
Dream Thomas felt vindicated.  Dream Thomas had a moment.  Dream Tony did not say a word (finally!) and walked away.  Dream Thomas went back inside with Dream Dante and told the story to Dream Samlee.  In my dream, we were getting ready to go out, so I started changing to leave.  Sadly, this is when my Freudian superego had to start over-thinking things, it could not let my id think that what happened was acceptable. 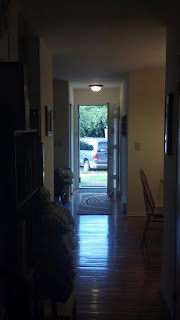 So logically, Dream Tony swung my front door open and proceeds to get into a fight with me in my own house.  Dream Thomas standing there at the end of the hallway while Dream Tony is standing in the doorway.  Of course, Dream Thomas is standing there exposed, in his underwear cursing at him at the top of his dream lungs.
Both of them swearing to hurt one another.  Dream Tony telling Dream Thomas he better watch his back.  Dream Thomas daring Dream Tony to enter the house.  Dream Thomas despite being more furious than a hornets nest wanted Dream Tony to be given a legal reason to be attacked.  Breaking and entering.  Even in a state of raving lunacy I still had the foresight to keep Dream Thomas out of prison.  Dream Thomas crossed the hallway at Dream Tony and suddenly I woke up.
When I awoke I pushed my face off the pillows and I was stunned that I was still angry. It was amazing.  It was as if my ego wasn’t able to close the door fast enough and repress my emotions and thoughts.  The feeling of anger from yelling at Dream Tony.  The intense feeling of humility at being seen in my underwear in front of this person who obviously thinks less of me.
The memory was so fresh it took me a few moments to realize it was a dream.  Asking myself where I was, when the event could have happened if it did.  Slowly the reality of it being a dream set in and I was a little melancholic about it.  Glad that I would not have to worry about getting into an open conflict with him but still wishing he could push me to the point where my superego would tell my id and my ego:
“Go ahead, this guy has it coming.”
Posted by Tominor at 3:15 PM