Hey "Bread-company",
Let me first come out and say I really love your 100 calorie Flax seed sandwich breadflats.  Last night in the dark I opened a fresh pack of these and made myself a sandwich in the dark, peanut butter and STRAWBERRY jelly.  ( I work nights so I am a bit of an insomniac on my days off).  I love PB&J.  My wife thinks my love for the sandwich and that I could literally eat one for any meal is slightly obnoxious. 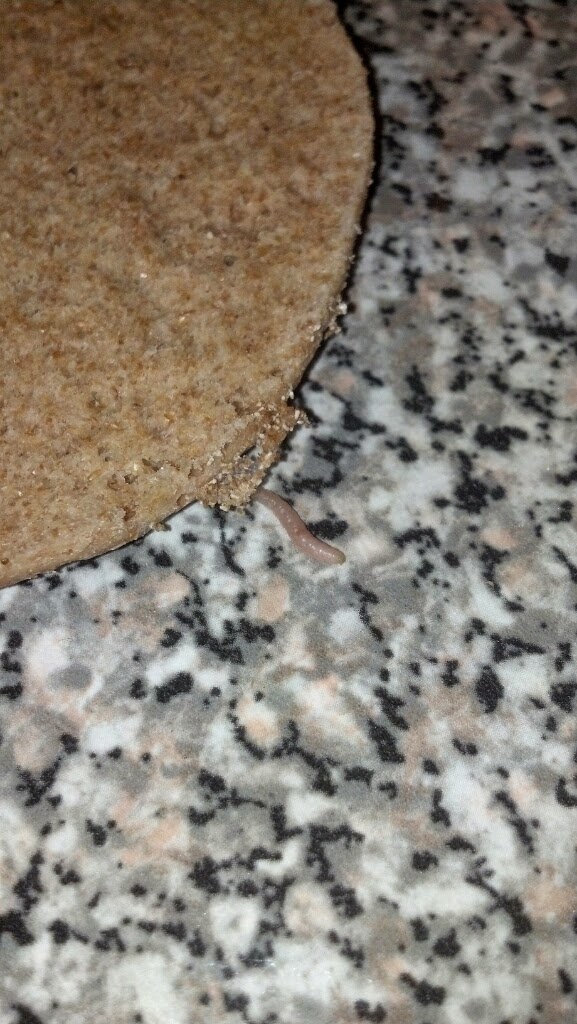 Anyway, my midnight snack sandwich was so delicious, that this morning...SIX hours later.. since I was so pleased with the sandwich I had last night I decided to make myself another one for breakfast.  When I split the bread I nearly vomit. White larvae resembling maggots, about a centimeter in length were crawling/pulsating in and out of tunnels carved in my sandwich flat.

The bag contains at least a dozen of these "maggots".  For posterity, I took pictures.  There were no holes in the packaging...and the package was open for less than six hours.  Eggs were laid in or on the bread in the factory...they hatched and started eating.  (I would imagine they would have had to eat a lot in order to get as fat as they were on low carb bread.)


Now fattened on my delicious 100 calorie flat bread  I then... unknowingly slathered them in chunky peanut butter and ate them.


If I was on a reality show, in which contestants were challenged to eat maggots to hopefully win a prize I would not complain to the company after eating them.

I ate worms that you fed me.

Thinking about it right now it hard for me to separate the love I have for peanut butter and strawberry jelly sandwiches...and the thought I ate this STAPLE of my diet with maggots.

This is my first time writing to a company in order to complain about a product.  I know this was not done maliciously.  But it will have unintended LASTING consequences and has left me with many questions...

1) Can/will I ever eat my beloved Sandwiches again?
2) Do I have to prepare foods with the lights on in my kitchen from now on?
3) Do you account for the maggots when calculating the 100 calorie estimates?
4) How many likes or comments am I going to get when I post my mildly amusing anecdote with pictures on Facebook and my blog?
5)And most importantly since it pertains to your company, will I EVER buy a Arnold product again?

I am very displeased with you right now, Arnold.  Mostly because I was not on an episode of fear factor, but I still had to do the leg work. 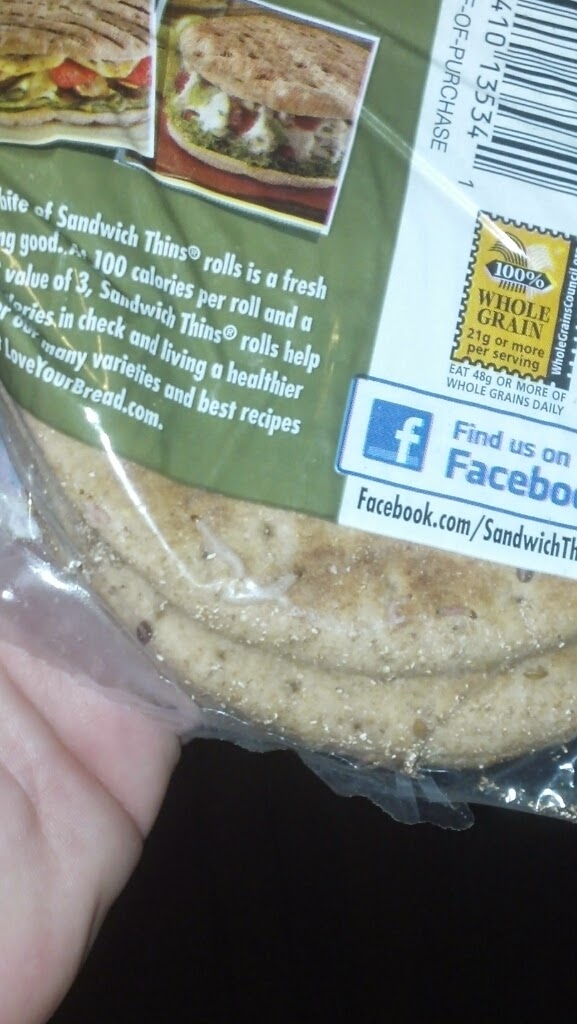 PS. I am sorry I do not have the dates and UPC numbers.  I was so angry that I threw the WORM INFESTED bag away in the dumpster at the earliest chance I had.

ADDENDUM:  So.  I playfully emailed this to the Arnold comments and concerns website around 11:15am or so before I posted this blog.  By 12:45  they contacted me by phone to apologize and get more information.  They assured me that how the bakery is built that the "pests" were probably introduced after it left.  The ingredients are fumigated and the oven cooks things at a temperature that would destroy anything in the bread.  Apparently, both of us were the  victims here-  me, the maggot  eating consumer and they the company attempting to distribute a quality product.

"Carl" was a very nice man who swore that there was a hole in the bag and that they were stored near something that was also infested.  This obviously was not my cabinets.  So it had to have happened at the store or in transit from the factory.  He promised that if I were to take the bag, fill it with water, I would assuredly find a hole...somewhere. His argument was so convincing...that after I got off the phone with him I went outside to walk my dog and to fish my trashbag out of the dumpster.  I threw the infested flats away and took the bag back into the house.  I filled the bag with water...and sonofabitch he was right.  There was a small tear in the seam near the top of the bag.  I can not blame Arnold bread for this.  But, I've decided to leave up my blog post as a warning (and a laugh) for others.

5) Will I EVER buy a Arnold product again?