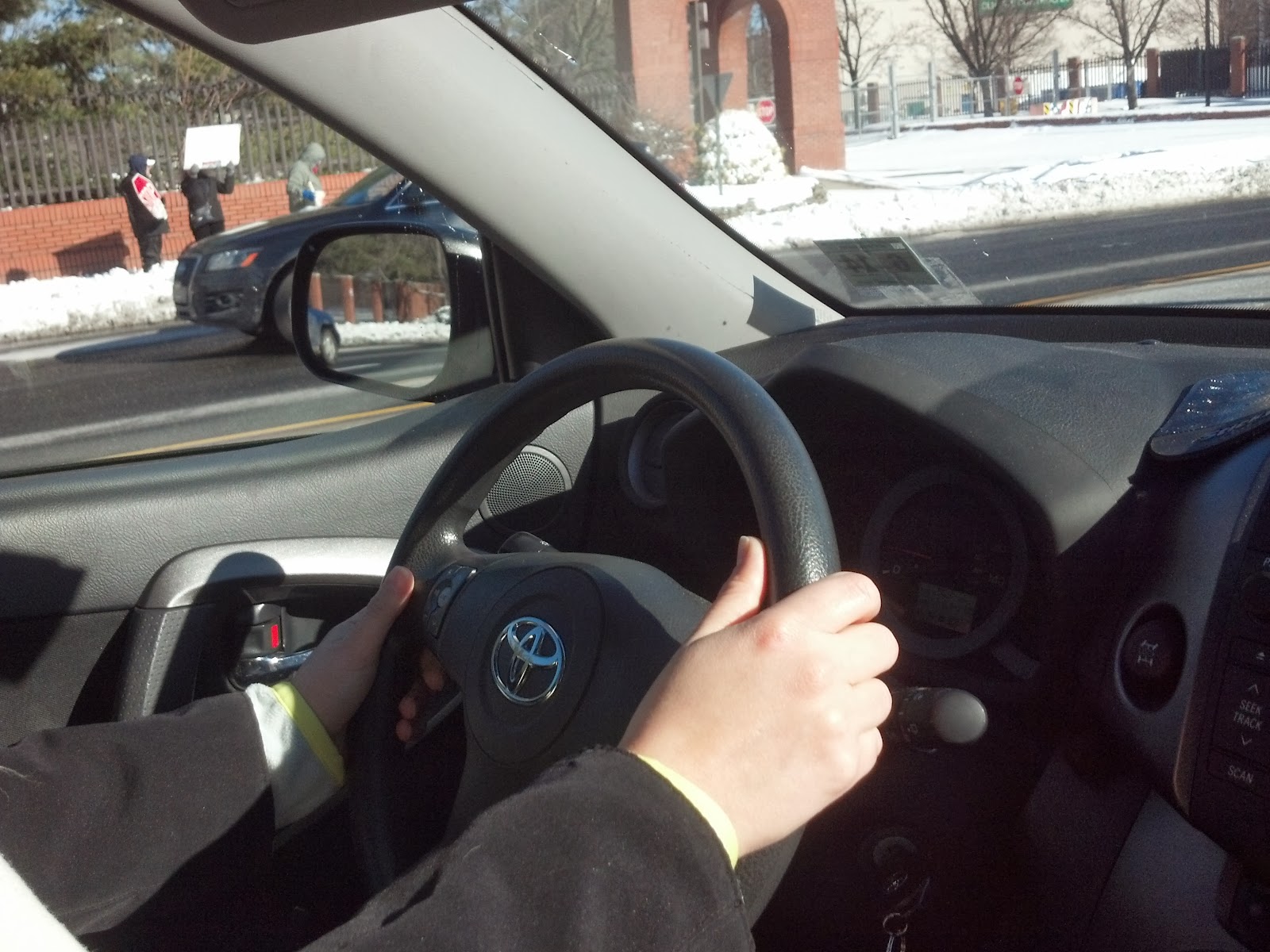 I was attempting to get a better shot of the protesters but the traffic started moving again.  My phone is so slow with pictures.  Typing that kills me a little inside for saying my phone fails at doing something that is not supposed to be its main function.

These protestors are standing outside the closed and abandoned (for the most part) Fort Monmouth in Eatontown, NJ.  Normally, i would not poop on protesters but these three were standing in the snow demanding "No More Wars".   They gestured for people to honk. I was curious if there was any irony in the fact she they were protesting war outside a closed and abandoned military facility.

Sam hypothesized that they were waiting for the bus, since there was a stop right there. So they go down there and protest passively while they wait for the bus to pick them up.
Posted by Tominor at 12:13 PM