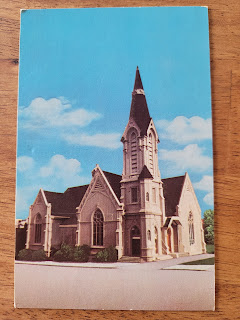 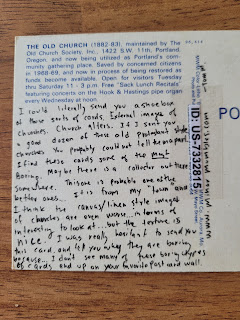 Sent via Postcrossing to culichi who had a pretty brilliant request.  She wanted only cards that I think are boring with the prompt asking me why I find it boring.  I should have written more.  I should have studied the card.  It looks kinda weird the more I look at it.  I focused on the church solely.  The parking lot it just a sea of grey.  What is up with that?  And a blue sky in Portland?  Come on.  What a fucking fabrication....all of it.  I should have sent her another boring pastoral church picture.

Posted by Tominor at 7:44 PM No comments: 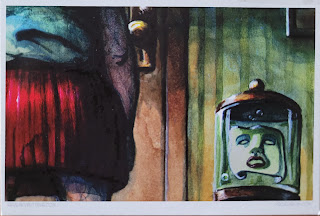 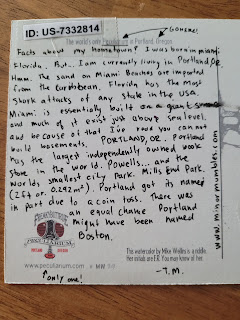 Sent via postcrossing to Annikazit.  I sent her one of my pecularium postcards.  She wanted a card from where I live and facts about my hometown.  Which begs the question...what do you consider your hometown?
Posted by Tominor at 7:36 PM 1 comment: 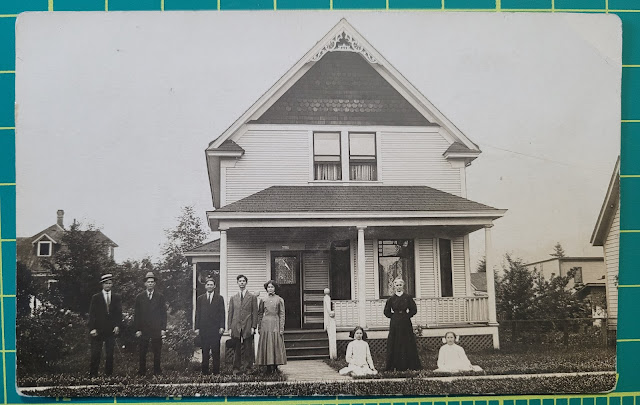 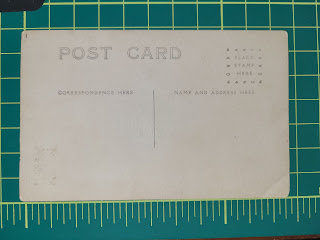 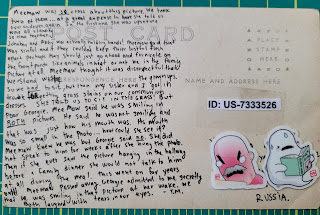 Text:
Meemaw was so cross about this picture.  We took two of them.  At a great expense to her she told us over and over again.  In the first one she was angry we were all standing so close together.  Johnboy and Abby were actually holding hands! Meemaw said that was sinful and if they couldn't keep their lustful flesh apart perhaps they should just go and fornicate on the front porch like animals in heat or not be in the family picture at all.   Meemaw thought it was disrespectful that we stand with the rest of the grown-ups.  Then my sister and I got in trouble for getting grass stains on our communion dresses.  SHE TOLD US TO SIT IN THE GRASS! But poor Georgie.  Meemaw said he was smiling in BOTH pictures.  He said wasn't smiling and that was just how his mouth was.  His mouth is so small in the photo how could she see it?   But Meemaw knew he was.  She did not speak to him for weeks after she hung the photo.  Then, if she ever saw the picture hanging in the hallway before a family dinner she would not speak to him at all during the meal.  This went on for years until Meemaw passed away.  Georgie admitted to me secretly that he was smiling in that picture at her wake.  We both laughed with tears in our eyes.
Sent via Postcrossing to j_daine. She wanted writing.  I honestly was pretty set on sending this to someone I knew would appreciate it instead of someone who I HOPED would appreciate it.  So.  We will see I guess.   It's still a card that was mailed at least 100 years from its print date.  Fucking amazing.  I put it in a an envelope because it would break my heart if it was lost or broken in half since it is so dry an old.
On a separate note its is the first postcard I am putting up on my newly minted Instagram account...So Again. we will see.  Maybe I will have people on Instagram who will direct message me for postcards.  That might be neat.
Posted by Tominor at 6:49 PM No comments: 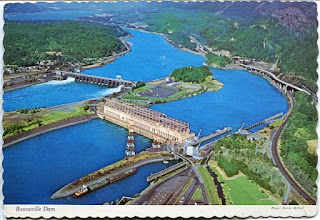 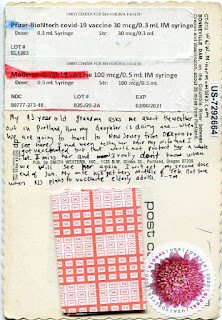 Sent via Postcrossing to asspirantus.  Did not give me a whole lot of guidance on what he wanted.  People seem to love stickers...so I found some stickers while working at a vaccine clinic out here.
Posted by Tominor at 4:09 PM No comments: