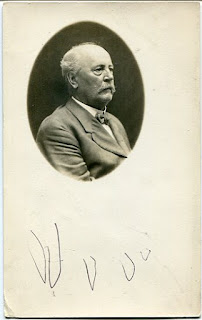 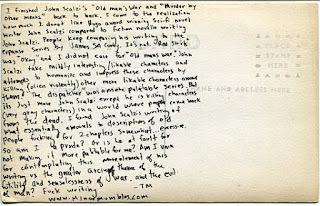 I finished John Scalzi's "Old Man's War" and "Murder by Other Means" back to back. I came to the realization how much I do not like Hugo award-winning sci-fi novel Writer John Scalzi compared to fiction novella writing John Scalzi. People keep comparing his writing to the Expanse Series by James SA Corey. It's not. "Redshirts" was "okay" and I did not care for "Old Mans War." John Scalzi takes mildly interesting / likable characters and attempts to humanize and impress these characters by killing (often violently) other more likable characters around them. The Dispatcher was a more palatable series. But it's just more John Scalzi except he is killing characters (very gray characters) in a world where people come back from the dead. I found John Scalzi's writing of what essentially amounts to descriptions of old people fucking for 2 chapters somewhat... excessive. So am I a prude? Or is he at fault for not making it more palatable for me? Am I vain for contemplating this element of his writing vs. the greater arcing of theme of the futility and senselessness of war, and the evil of man? Fuck writing.  -T.M. www.Minormumbles.com

Sent to P.R.  Ursa added the writing to the front of the postcard while I was distracted with editing this blog.  I am pretty sure those are U's.  She says it says the word "Daddy"

Email ThisBlogThis!Share to TwitterShare to FacebookShare to Pinterest
Labels: bookreview