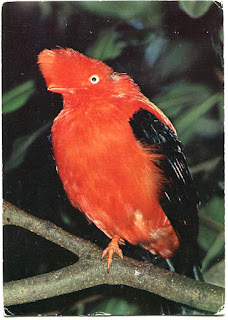 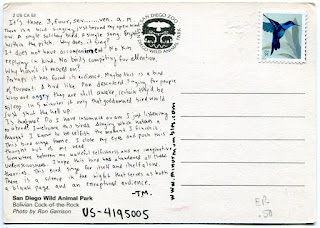 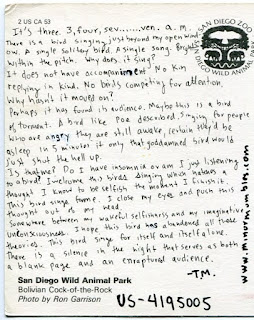 Sent via postcrossing to shi003465.  She said she liked birds.
I have had the original draft of this postcard for a while.  At least as early as postcard #25 definitely before I joined post-crossing.  I had rewritten it a few times.  I still don't know if I like this draft. I am amazed how much its has changed from my first draft.  Changing POV's.  Length.  Verbage.  I think I even had a draft where I had someone screaming at the bird.   Originally I was going to send it to my brother.