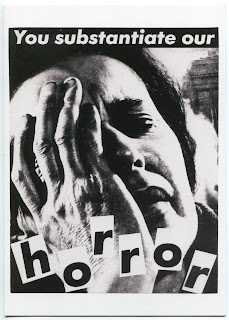 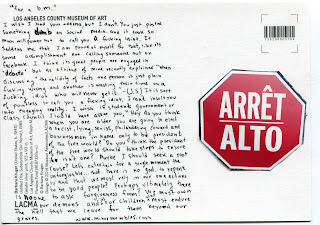 Sent a reply to A./A.
Politics and current events have crippled me in my armchair.  I can not have phone calls with people without devoting time to talking about politics.  Which I find dumb...more and more often.  This sort of shit is why I can not let myself on facebook anymore.  This is the sort of shit I want to type into peoples facebook's.  I can't. I am just tired of everything while being tired.

There is always a little voice inside me that strives to motivate the desire for self improvement.  The voice that sarcastically inserts the idea "Hey Tom! Instead of typing furiously into a comment box perhaps you could debate whether you should or should not be on an SSRI?"  I've always been a fan of the concept of entropy.  But as soon as reality starts to devolve into chaos now I am scrambling for some sense of structure.  Some sort of understanding...a mental algorithm to make things appear to make sense to me.  There is no monochrome.  No way to know if I am right or wrong or just repulsive.  I hope I am at least equally all of the above.

I am reading over the postcard now and I am glad I don't have her address.  I am a phony.  Right, wrong, a phony and repulsive.

Text:
"I wish I had your address, but I don't. You just posted something dumb on social media and it took so much willpower not to call you a fucking idiot.  It saddens me that I am proud of myself for that, like it's some accomplishment for not calling someone out on facebook.  I think it's great people are engaged in "debate" but as a friend of mine recently explained when discussing "the validity of facts one person is just fucking wrong and another is wasting their time on a fucking idiot who will never get it." -(J.S.) It is sort of pointless to call you a fucking idiot.  I can not insult you into engaging reality.  I wish in student government or class council I could have asked you, "Hey, do you think when you are older you are going to elect a racist, lying, sexist, philandering coward and businessman in name only to be president of the free world?  Do you think the president of the free world should take steps to ensure it isn't one?  Maybe I should seek a root cause?   Let's entertain for a single moment the unforgivable...that there is no god to repent to and we must rely on our own actions to be good people? Perhaps ultimately there is noone to ask forgiveness from?  We must own our demons and it's our children who must endure the hell that we leave for them beyond our graves."
Posted by Tominor at 9:55 PM