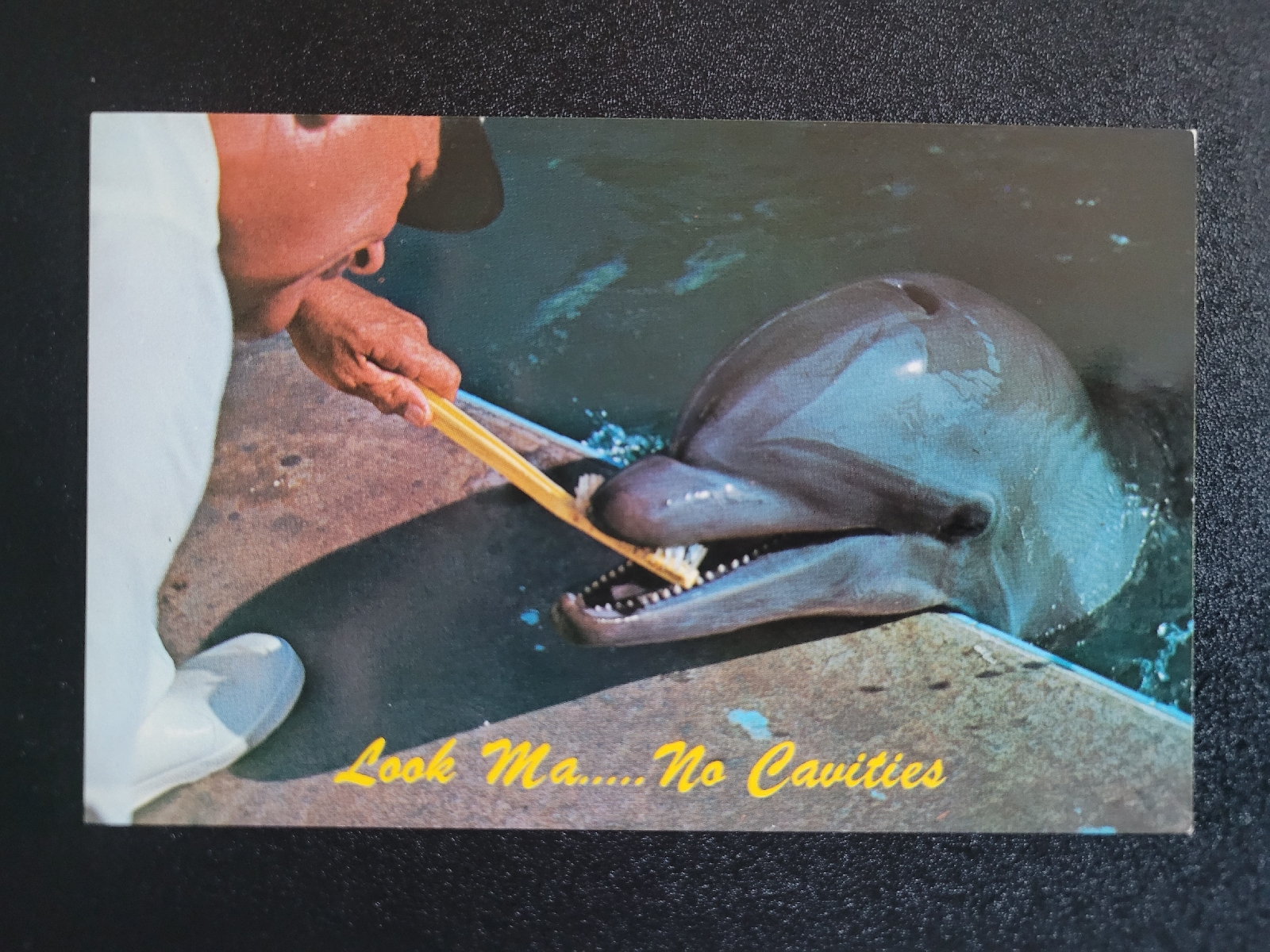 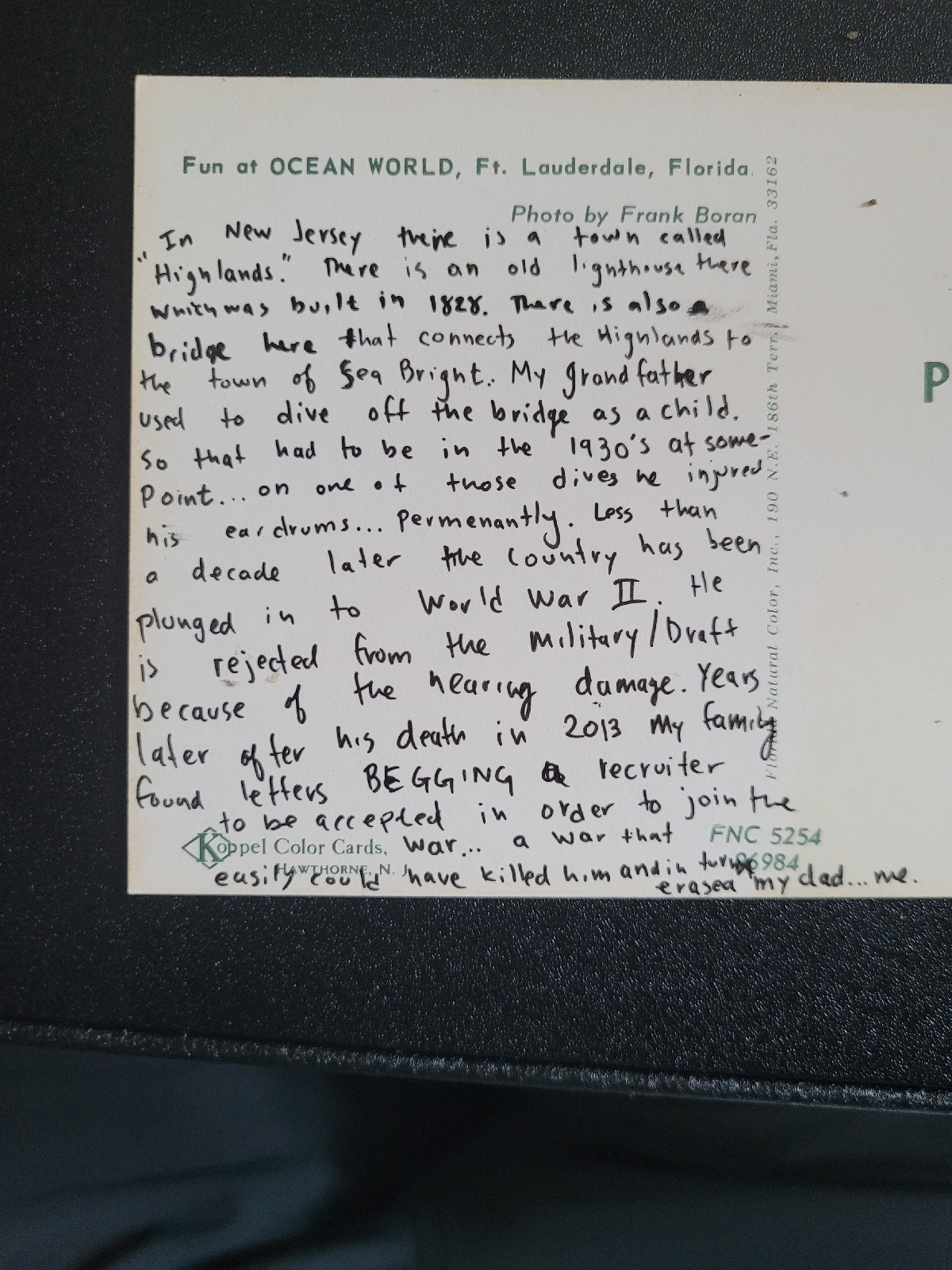 Text:
In New Jersey there is a town called "Highlands". There is an old lighthouse there which was built in 1828. There is also a bridge here that connects the Highlands to the town of Sea Bright. My grandfather used to dive off the bridge as a child. So that had to be in the 1930's at some point...  on one of those dives he injured his ear drums… permanently. Less than a decade later the country has been plunged into World War II. He is rejected from the military/draft because of the hearing damage. Years later after his death in 2013 my family found letters begging a recruiter to be accepted in order to join the war… A war that could have easily killed him and in turn erased my dad… me.
Sent via postcrossing to Dana_72. She wanted dolphins. She got dolphins. Bingobango.
Posted by Tominor at 7:54 PM