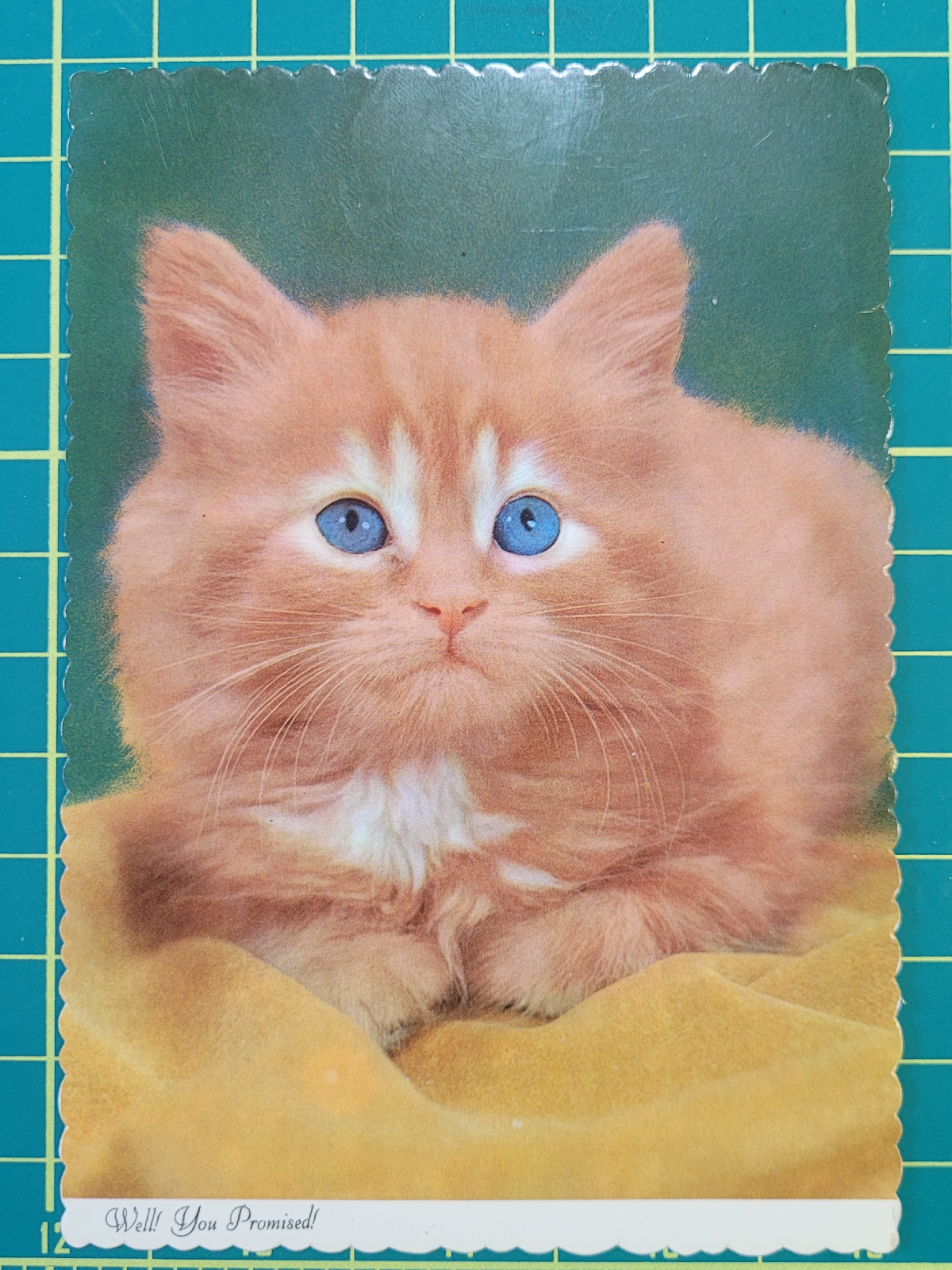 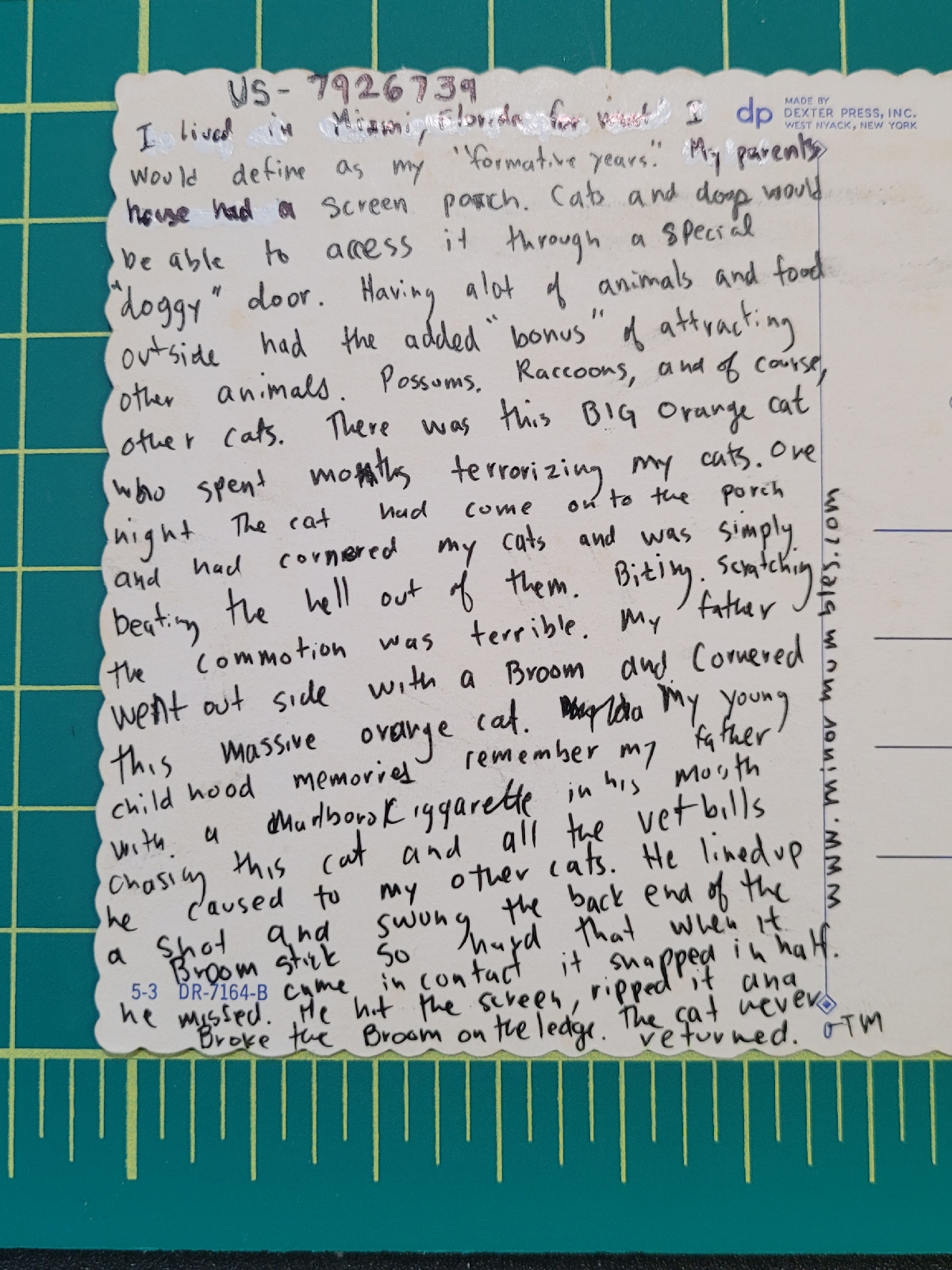 Text:
I lived in Miami, Florida for what I would define as my "formative years." My parent's house had a screen porch. Cats and dogs would be able to access it through a special "doggy" door. Having a lot of animals and food outside have the added "bonus" of attracting other animals. Possums. Raccoons. And of course, other cats. There was this BIG orange cat who spent months terrorizing my cats. One night the cat had come onto the porch and cornered my cats and was simply beating the hell out of them. Biting. Scratching. The commotion was terrible. My father went outside with a broom and cornered this massive Orange cat. My young childhood memories remember my father with a Marlboro cigarette in his mouth chasing this cat and all the vet bills he caused to my other cats. He lined up a shot and swung the back end of the broomstick so hard that when it came in contact it snapped in half. He missed. He hit the screen, ripped it, and broke the broom on the ledge. The cat never returned.
Sent via postcrossing to LauBrice.  She wanted cats.  I hope this cat will suffice.  I get the feeling she might not like the story.  Oh well.