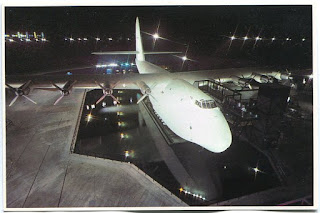 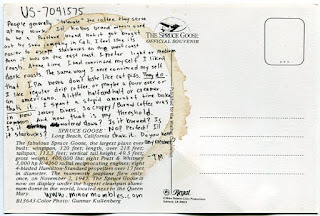 People generally "tolerate" the coffee they serve at my work. It's Kobos brand which used a Portland brand but it got bought out by some company in Cali. I feel like it's easier to escape Starbucks on the west coast than it was on the east coast. I prefer light or medium roasts. At one time I had convinced myself I liked dark roasts. The same way I once convinced myself that IPA beers don't taste like cat piss. They do. I like regular drip coffee, or maybe a pour-over or americano. A little half and half or creamer. That's it. I spent a stupid amount of time broke in New Jersey Diners. So crappy / Burned coffee was common. And now that is my threshold. Is it watered down? Is it Starbucks? Is it burned? NO? Perfect! Do you have any creamer?

Sent via Postcrossing to YasmineBeiBei who wanted airline and transportation cards and said she liked coffee.  I made another coffee ring on a card.