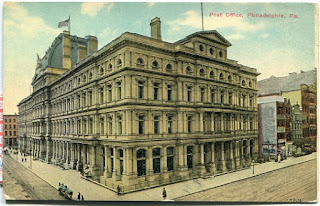 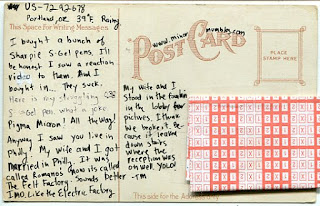 This Space For Writing Messages

I bought a bunch of Sharpie S. Gel pens. I'll be honest I saw a reaction video to them. And I bought in... They suck. Here is my struggling .038 s...-s Gel pen. What a joke! Pigma Micron! All the way! Anyway, I saw you live in Phill.  My wife and I got married in Philly. It was called Romano's.  Now it's The Felt Factory. Sounds better IMO. Like the called Electric Factory.     My wife and I stood in the fountain in the lobby for pictures.  I think we broke it. Because it leaked downstairs where the reception was.  Oh Well. YOLO! -TM

Sent via Postcrossing to CelesteDolores.  She wrote back!